Thanks for your interest in submitting your event to SoCal Blue. The specific Congressional districts we cover are CA27, CA40, CA45, CA47, and CA49. We also list events targeted at key battleground states where Senatorial races, electoral college delegates, and state house control are close.

We are currently building an easy to use form for you to submit your event which should be live soon. Meanwhile, you can submit your event by sending an email shout out to [email protected] with "EVENT SUBMIT" in all caps in your subject field. Please include any existing links (Mobilize, Facebook, etc.) to your event, and your phone number. We'll be in touch right away. 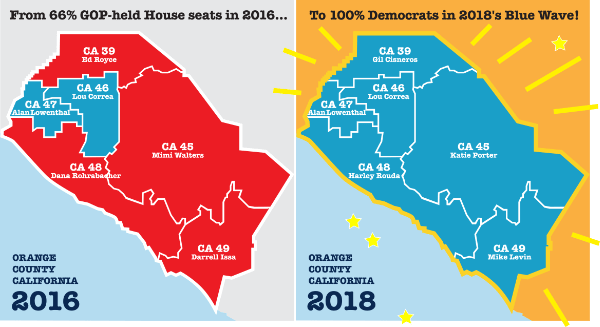